If you’ve taken a cruise down your local health food store aisle lately, then you might have seen something called Pink Himalayan Salt.

This unique salt is different from traditional salt. First, as you probably already guessed from the name, it’s pink.

Second, it’s been linked to a number of extraordinary health benefits, including better pH balance, improved metabolism, and lower blood pressure. It’s been shown to improve your circulation in a way that’s superior to traditional sea salt.

What’s the big deal with Pink Himalayan Salt? Is it actually worth spending a few extra dollars on salt at the supermarket? Let’s find out.

What Is Pink Himalayan Edible Salt?

The Himalayas are the highest mountain range in the world. They were created when the Indian subcontinent smashed into the continent of Asia. The vast tectonic forces continue to push the mountain range upwards at a rate of a few millimeters every year.

We know the Himalayas are big. But what makes salt from this mountain range so special?

Well, Himalayan sea salt is extracted from crystallized sea salt beds found deep within the Himalayas. These sea salt beds were formed hundreds of millions of years ago, long before the Himalayas were as high, frosty, and moisture-free as they are now.

In fact, hundreds of millions of years ago, these sea salt beds were covered in lava. Today, all the world’s sea salt is extracted from sea salt beds, but Himalayan sea salt is the only one known to have been protected by lava.

As the years passed, this Himalayan salt was further protected from the elements by layers of snow and ice. In the upper reaches of the Himalayas, this snow and ice never melts, which is why the sea salt has been protected year-round from environmental pollution and contaminants.

Why Is It Pink?

One of the most noticeable things about Himalayan sea salt is that it’s pink. This pink color comes from the salt’s high levels of iron.

More specifically, the red color comes from Iron (III) oxide. This compound is also known as Fe2O3 or red iron oxide. It’s a specific type of oxidation that leads to the dramatic red color.

Beyond iron, there are plenty of other minerals within Himalayan sea salt. In total, there are thought to be over 84 different minerals and trace elements within Himalayan salt, including iron, potassium, copper, magnesium, and calcium. Consuming this salt on a regular basis is like taking a multivitamin: your body is getting many of the essential vitamins and minerals it needs to stay healthy.

How is Himalayan Sea Salt Made?

Himalayan sea salt is mined by hand from the Himalayas. It’s been a valuable commodity for centuries. Today, teams in Pakistan, India, Nepal, and other Himalayan countries all extract sea salt from ancient sea beds deep within the mountain range.

In ancient times, those who lived in the Himalayas would use this salt to preserve fish, meats, and other foods throughout the year. Today, that salt is shipped around the world.

Himalayan salt is used around the world by holistic chefs, spas, health professionals, naturopaths, and more. It’s prized due to its wide range of nutritional and therapeutic benefits, which we’ll discuss below.

How Does Himalayan Sea Salt Work?

The benefits listed above have been scientifically linked to certain properties within Himalayan sea salt.

First, Himalayan salt has naturally higher iodine levels, which means manufacturers don’t need to artificially add more iodine into the formula. Himalayan salt also has less sodium consumed per serving because the crystal structure is larger than table salt, which means you’re ingesting more air than sodium on an average teaspoon (the air between the grains is larger because the salt grains are larger).

As mentioned above, those minerals include calcium, magnesium, potassium, bromide, borate, strontium, and fluoride.

All of these minerals are required by your body on a daily basis. Consuming this sea salt gives your body the vitamins and minerals it needs to stay healthy.

How to Use Himalayan Sea Salt

There are two ways to use Himalayan sea salt: as food flavoring or as a topical treatment method. Some people use Himalayan salt on their foods, while others apply it to their body in the form of body scrubs or bath salts.

If you’re using Himalayan sea salt as food flavoring, then you can sprinkle the salt over top of your food in your desired amount. If possible, use a grinder to break large, coarse salt grains into smaller, more edible portions.

Alternatively, dissolve the salt into soups or hot dishes for flavoring.

As a Body Treatment

Many people choose to use Himalayan sea salt as a body treatment. They use it to make body scrubs or bath salts, for example. Others use it for aromatherapy, or make homemade soap.

Place the salt into a clean, dry bowl, then add oils and mix together with a spoon. Add the drops of patchouli essential oil and store in a glass jar. Use as a soothing exfoliator all over your body.

Many people use table salt as an exfoliating compound. Swapping out that table salt with Himalayan salt will provide the same exfoliating benefits while also delivering rich vitamins and minerals directly to your skin.

A Word of Warning

Himalayan sea salt is still salt, and there’s a reason your doctor often tells you to avoid putting too much salt on your foods. All salt is high in sodium. Our bodies require a small amount of sodium every day, but anything beyond that amount can be harmful to your health.

Most nutritionists recommend taking between 1000mg to 1500mg of sodium per day. Your daily sodium intake should not exceed 2300mg.

To put that number in perspective, a Big Mac with fries contains about 2,600mg of sodium. An average slice of pizza contains 640mg of sodium.

You can’t just eat more sodium to get healthier. Instead, aim to get your recommended daily sodium allowance every day – no more and no less.

Who Should Buy Himalayan Sea Salt?

Himalayan sea salt is a powerful natural compound which offers a healthy alternative to traditional table salt. In excess amounts (over 2300mg per day) it will have negative effects on your health – just like regular salt.

However, if you replace your ordinary salt with Himalayan salt, you may be able to achieve some surprising health benefits. You’re getting the same delicious flavor on your food, but you’re getting that flavor while also enjoying powerful health benefits from the rich range of vitamins and minerals.

Keep some Himalayan sea salt at home and use it as food flavoring or as a body scrub to enjoy unique health benefits.

Where it comes from

Our Himalayan Pink Crystal Salt comes from the Himalayan Region of the Karakoram mountain range located 400 miles from the Hunza Valley in Pakistan. (http://en.wikipedia.org/wiki/Karakoram)

Our salt is always stone ground. No metal ever touches the salt during grinding. All the salt is extracted by hand from the salt caves (ancient sea bed deposits). No salt from other sources is mixed with this salt. This is 100% from the Karakoram mountain range salt caves.

These salt deposits are roughly 250 million years old, meaning they were deposited long before the earth became polluted with heavy metals, pesticides and PCBs. While there is really no such thing as “organic” salt, this is probably the most pristine salt you’ll find anywhere on the planet. Eating this salt is a lot like going back in time and consuming minerals from pre-industrial Earth. 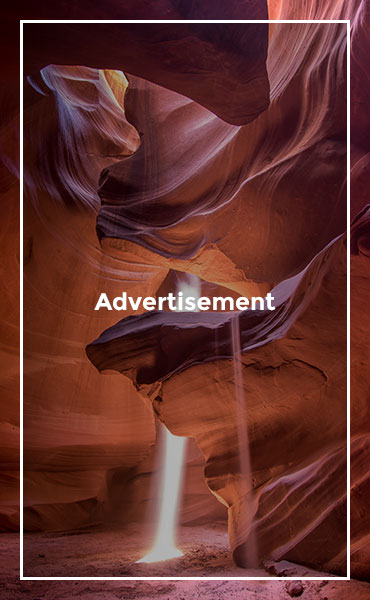